LinkedIn launched in 2003 – longer than any of the other social media sites covered in these recent blogs. LinkedIn grew slowly before 2010 but eventually found its niche as a business oriented social networking service, and the site now has over 300 million users with 10 million active job postings. LinkedIn has practically become a necessity in this day and age for anyone looking to get hired in the current job market. LinkedIn makes money off advertising like most other social media sites, but also generates revenue from recruiting tools and premium paid subscriptions, which allow users to send direct messages and access additional tools to make profiles stand apart. Despite this diversified business model, LinkedIn has a rather small target audience with less daily usage from users in comparison to other social media sites. LinkedIn is an extremely helpful site for employees and recruiters, but one has to question if it will ever be more than that and live up to its $26.6 billion valuation – the price Microsoft bought the company for in 2016. 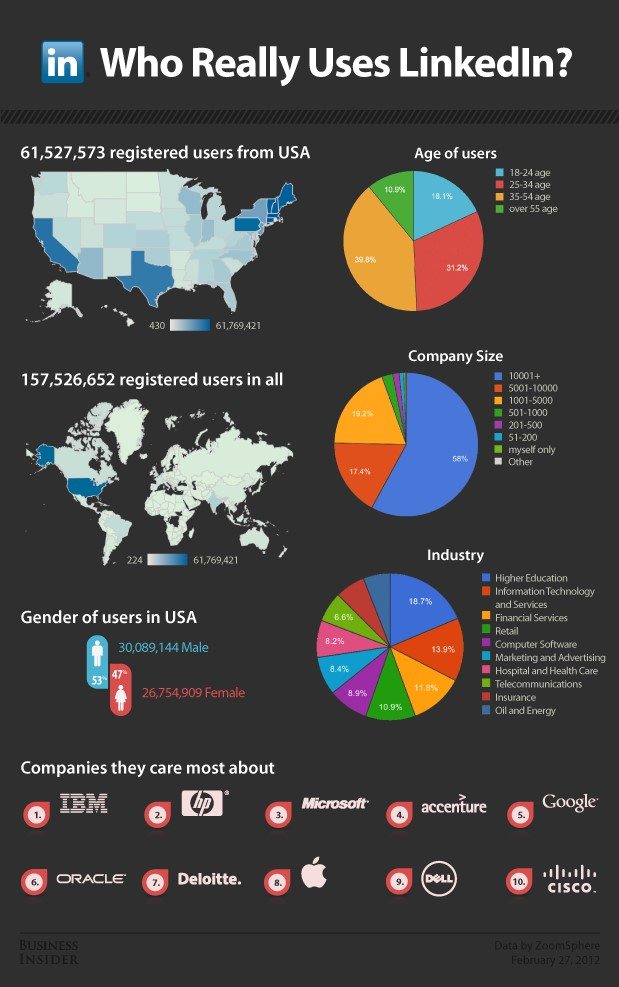 LinkedIn can work for you in two crucial ways: helping you to find new candidates to hire or helping you to find a new job for yourself. Regardless of which way you want to use LinkedIn, a strong profile is necessary. One of the first things you should do is ensure that you and everyone in your office has a well-established personal LinkedIn profile filled out with information regarding previous jobs, education, and skills. Once everyone has a profile then you should establish a company page with your company’s details, logos, and add all your company’s employees – this way you will begin to establish a network that you can then use to either recruit or make connections for new jobs. Companies stand apart on social media sites like Facebook and Instagram through strong content; however, content is much less important on LinkedIn as profiles and connections set businesses apart. LinkedIn is a social media site that should be used by all businesses, regardless of target audience, and if you company is not already using LinkedIn then you should establish a profile and begin making connections today.

Pinterest is one of the fastest growing social media sites around – the company now has 175 million users, over twice as much as it had in 2014. Pinterest has over 50 billion pins across 1 billion boards since its inception in 2010. Pinterest has been given an $11 billion valuation following its engineering and design overhaul, and the company is currently testing an app that allows users to take a picture of an item and then be offered a list of items similar to that item. Thus, the future looks bright for Pinterest; however, if the company wants to continue its expansion then it is going to have to expand its demographics. About 81% of Pinterest’s users are female and 67% of users are below the age 40 – this means that there is a huge market out there waiting to be tapped into by Pinterest. If the company is able to do this, then the sky is the limit for Pinterest in the future. 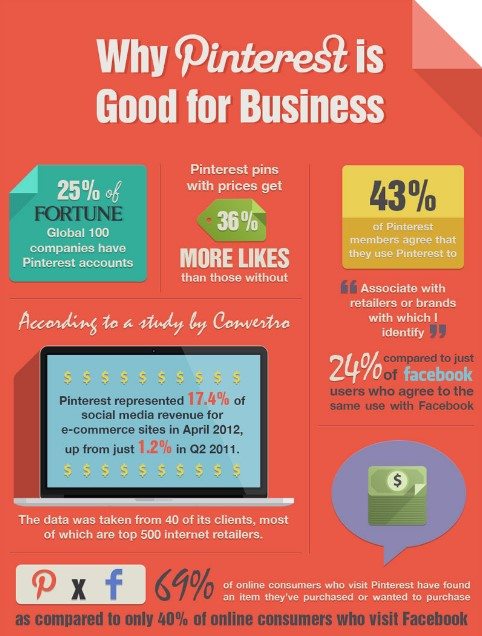 Pinterest is still relatively small in comparison to other social media sites, meaning there is no better time than the present to incorporate this site into your online marketing plan. Pinterest, like Snapchat and Instagram, is visual based as pins are centered around pictures not words. Pinterest makes it easy to advertise as companies can pay for promoted pins which look like regular pins but are advertisements for your business. Marketing on Pinterest can be very effective if your company is looking to target a younger, female audience and can make visual ads. However, regardless of your target audience, Pinterest is a growing social media site that should be seriously considered because of its potential for future growth.