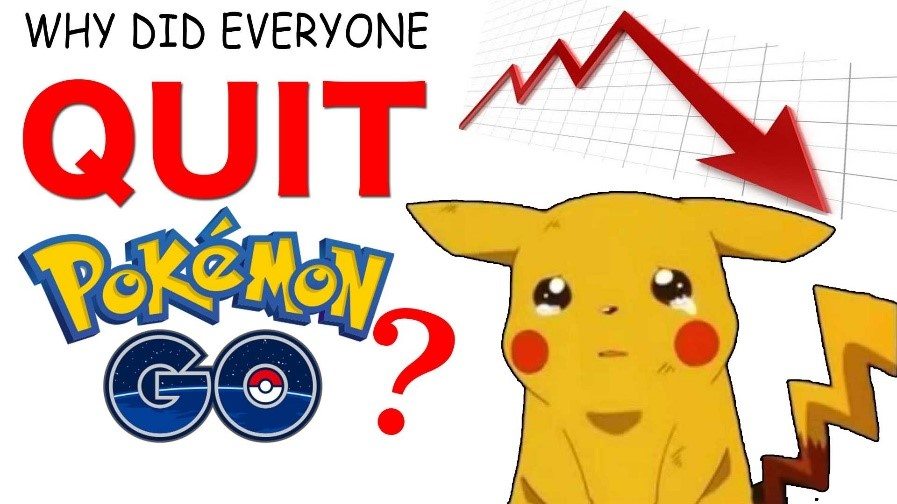 June 8th, 2017 Posted by John Zahn Experts, Tools and Technology No Comment yet

Do you remember Pokémon Go? The game came out exactly a year ago today, and it took the world by storm. Everywhere you went there were kids consumed by their phones trying to catch these Pokémon hidden throughout the real world. At one point the game had almost 30 million daily users with new headlines coming out about the game daily. However, now there are not even 5 million daily users and the app rarely gets a mainstream headline. So it begs the question: what happened? Well in this blog we’ll update you on what’s happening with Pokémon Go these days, and reveal some key takeaways we can all learn from the meteoric rise and fall of this app.

Where the App is Now

Back in February there were about 100 new Pokémon released in the game, which should have been a big deal and recaptured the attention of fans, right? Wrong. The release was popular amongst dedicated players, but it did not have the spark to bring all those players back. However, even with Pokémon Go’s player decline the app is still making a massive amount of money. The app had generated $1 billion in revenue as of January and still has 5 million daily users as we previously said. The company does not have the popularity it used to and odds are it never will have that popularity again. However, does this matter? The app is still making a profit and has a strong fanbase. This distinction raises a good business point as well – a small, loyal customer base is often more valuable (and easier to achieve) than a large, unfaithful customer base.

A Lost Customer Never Comes Back

As previously touched on, the introduction of 100 new Pokémon was not enough to bring Pokémon Go back to its glory, and there’s a simple reason for that: a lost customer never comes back. We talked about this a few weeks ago when discussing the need for a mobile website because customers that visit websites with poor mobile designs leave and typically never return – the same holds true for business in general. Odds are if you upset a customer then they will move on from your service and always have a bitter taste in their mouth when remembering your business. You want to avoid this at all costs. One upset customer can easily lead to a bad Yelp review and suddenly you are losing customers left and right. Thus, one of the key things we can learn from Pokémon Go is that customers need to be listened to and treated accordingly because a lost customer is destined to never come back to your business.

The Importance of Preparation

Regardless of if the app’s growth was sustainable, one thing was certain: the app was not prepared for such growth. The first few weeks of Pokémon Go were riddled with server crashes and PR problems with people getting injured and targeted by criminals. Granted, most of the sites or apps you will be launching will not have 30 million users; however, the takeaway here is that you should not launch an app or business until you are confident in its performance. If you launch a website prematurely you could end up losing more customers than if you had just waited and fixed all the problems. With this being said, in every business there is a race to get to market and start making a profit, but Pokémon Go is just an example of how the pros and cons of launching your business early must be carefully analyzed before making any decision.

Augmented Reality is the Future 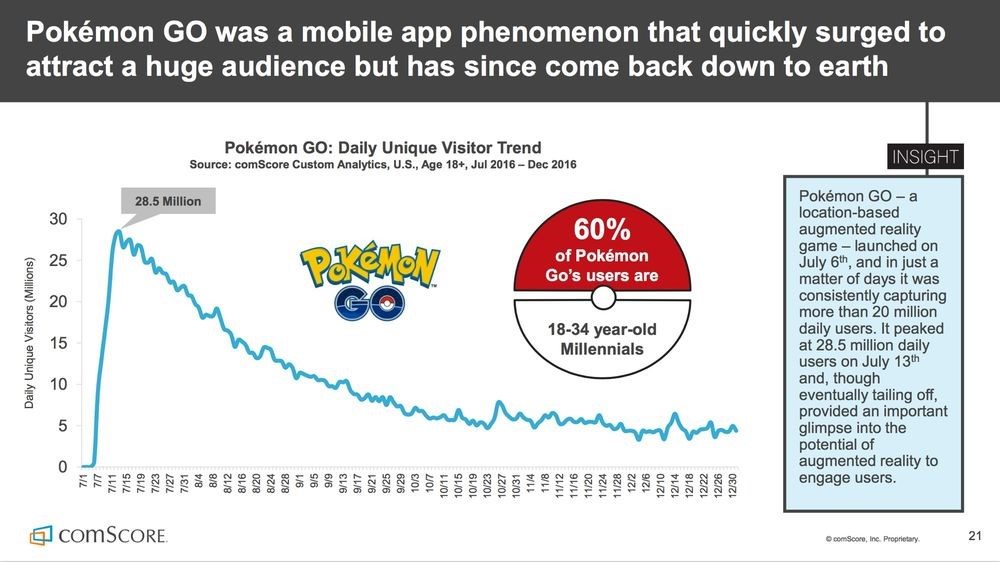 Pokémon Go is not dead – the game still has almost 5 million users with over a billion in revenue. With this being said, the game had potential for higher success had it avoided a few crucial mistakes. Pokémon Go should be looked at as a great case study for all businesses, no matter how small. Pokémon Go struck a large audience base through innovation coupled with a popular subject; however, its numerous flaws showed the huge damage a few small mistakes can make to businesses.