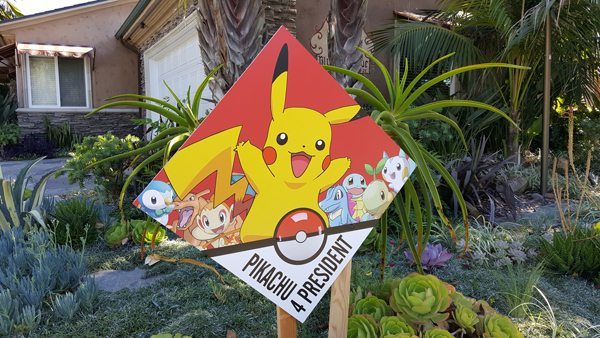 If you haven’t heard about Pokémon Go by now, then you must be living under a rock. The app became the largest mobile game in US history with 21 million daily users in the first week and caused Nintendo’s share prices to jump 70 percent. Everywhere you go you can see people, young and not so young, walking around like lifeless, cell-phone-equipped zombies.

There’s no denying the benefits of the game which forces players to get up off the couch and actually walk around in order to play. However, there are two sides to every coin as the game has been used by pedophiles to lure in kids and has caused other serious accidents. In this blog, we’ll highlight the pros and cons, while looking into some of the crazy stories, and how we recently got involved with Pokémon Go.

The integrated GPS of Pokémon Go causes players to go to various locations in order to catch Pokémon. This forces players to walk around and get physical exercise while also being exposed to the sun. The combination of these two has helped boost overall player happiness and even helped people overcome depression in a few rare cases.

Pokestops are set locations in the real world and are known to bring players together. The other night while driving home around midnight I witnessed nearly 20 kids playing Pokémon at Rush park. This sense of community and the unifying factor Pokémon Go carries is unlike any other app.

Due to the random location of Pokestops, players are being introduced to new areas they have never explored before. This is leading players to discover new businesses and these businesses are then able to connect with players simply by talking about the app. Stores around the country have reported sales increases between 5-30% just due to Pokémon Go.

The hunt for Pokémon has led players everywhere whether it be Arlington Cemetery or dark alleys. Numerous players have reported being mugged or assaulted while playing the game in alleys and dangerous neighborhoods. Now of course, the players are clearly the ones to blame in most situations, but it is also evident that the game is becoming a useful tool for criminals and pedophiles.

Every time you open the Pokémon Go app there is a warning to be aware of your surroundings; however, this is clearly not doing the trick as numerous players have reported injury while playing the game. Players have reported everything from falling off a curb to falling down a ditch to falling off a cliff. Now once again, the players are to blame, but it just shows that the overly addictive game is causing some issues.

Killing Your Data and Battery

Due to the GPS augmentation of the game, Pokémon Go drains not just your battery but also your data. Playing the game for 30 minutes or more will surely leave a dent in your phone’s charge and it’s hard to play the game all day without needing to recharge your phone.